DJ in the Zürich

Luke DM AKA Luca Killian Domante has always been a rebel boy. With time, he stopped being a boy but never really stopped rebelling against conventions and conservative views of the world.

He started quite early, fascinated by atypical sounds, at the age of 14 years old he entered the nightlife of Milan.
Since then he developed quite a taste for house, minimal techno and progressive, and in general, he felt in love with the underground scene.

Milan gave a lot to Luke DM and in the 2012 he became one of the rappresentative DJ’s of the “Atomic bar”, a hot spot of Milanese underground scene and after one year he became resident DJ at “Q21 Club“.

From Milan Luke DM went to live in Switzerland for a while, until he played in Copenhagen, what he thought it was the last gig of his life. He decides to take a break from the western world and its crazy pace and starts travelling around South East Asia.

Even if Luke DM thought he was done with music, clearly Music was not done with him. While travelling he stumbles in an old friend, Toro, from the nightlife of Milan, and Luke DM ends up playing again, this time in Manila at the “Cafè Curieux” for a special event. 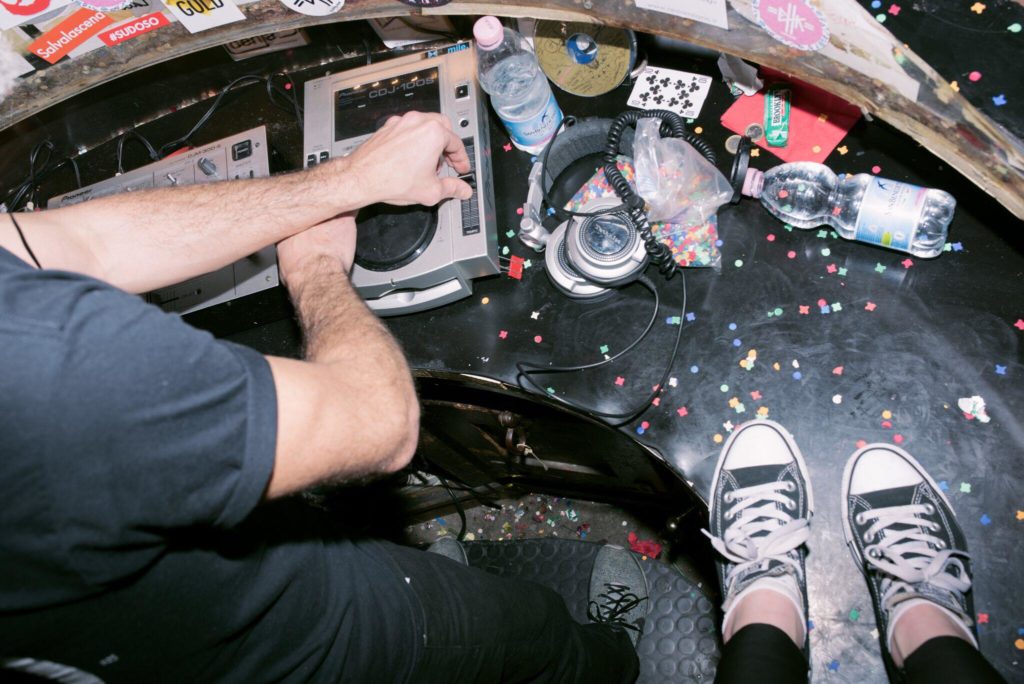 Dj Booth inside the "Atomic Bar"

Dj Booth inside the “Atomic Bar”

Once ready to go back to Europe he moves to Zürich for good, where the underground scene continues to follow Luca.

Founders and organisers of the baumhaus pop up raves series (www.baum-haus.org) spotted Luke DM on a private party, for them it was obvious that his music was the stuff of baumhaus. Eclectic, powerful and very different from the typical sound of Zürich nightlife.

From then on Luke DM has been Resident DJ at baumhaus and has made hundreds of guests happy at every baumhaus party.

What the future reserved for Luke DM no one can say, but one thing it’s sure: There will be music.